I had just chosen my nail color when it happened.
Please take a seat, said the manicurist, as she motioned to the small chair. It was rush hour at the salon, around 5:30 on a Thursday. As is my custom, I gave a head nod and brief eye contact to the client seated next to me. I hope my face didn’t betray my surprise when I registered the fact that the customer sitting next to me was an 11-year-old girl.
Getting her nails done professionally.
On a Thursday.
I shouldn’t have been surprised. Have you noticed? Kids are now engaged in adult activities and adult brands more than ever– the kind that you once had to grow up to get.
Perhaps you’ve witnessed this. Maybe you’ve found yourself standing behind the local high school swim team while waiting in line at Starbucks, or strolling past a five-year-old in Bose headphones in business class. When I’m out shopping, I routinely see mothers and daughters looking lovingly at the same Coach purses. It’s almost impossible not to notice that we’ve entered a new era where parents and kids actively want and use the same adult products, brands and services. The launch this week of Diane von Furstenberg for GapKids and babyGap is just the latest example of this shift in brand preferences.
What’s driving this phenomenon? When I was growing up, you were mortified by your parents’ taste in just about anything. You would never wear their clothes or listen to their music, and you only reluctantly ate their food. What’s driving this new reality is a major demographic trend: women are getting married later in life, which means they are often having children later in life. (Gentlemen, it should be noted that you too are getting married later in life, but since it is women who drive nearly 80% of all consumer spending and women who serve as the world’s primary caregivers, it is they who are the focus of this story.)
Read More on Forbes. 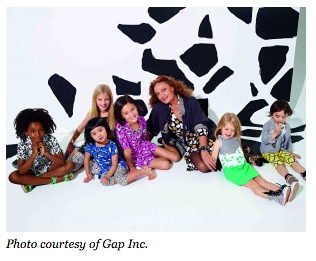 Posted in Forbes, news
'Can I Help You?' Three Ways The Japanese Do Customer Service Better →